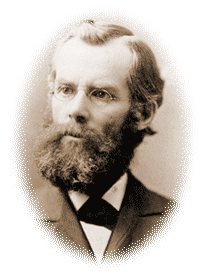 John Nevin Andrews is most notably know in the Seventh-day Adventist Church as our first missionary overseas. J. N. Andrews was born July 22, 1829, in Poland, Maine. He quit school at age 11 and was largely self-taught. It is reported that he was fluent in seven languages and could recite the New Testament by memory. His uncle Charles, a member of the U.S. Congress, offered to pay for his training as a lawyer so he could follow a political career. However, early in 1845, at age 15, John accepted the Sabbath from a tract written by T. M. Preble. It changed the direction of his life.

Andrews had a long and productive association with the church and with James and Ellen White. His name first appeared in Adventist literature at age 20 when he wrote a letter to the editor of the Review, James White, dated October 16, 1849. When the first Adventist press was set up in Rochester, New York, in 1852, he at age 22 was one of a publishing committee of three with Joseph Bates and James White. The next year Andrews was ordained to the Adventist ministry. By this time, 35 of his articles had been published in the Review. In 1855, at James White’s request and using Bible proofs, he wrote a paper which settled sunset as the time for beginning the Sabbath. Ellen White had a vision that confirmed his conclusions. (See Testimonies, vol. 1, p. 116.)

In 1858 Andrews led out in a study of systematic benevolence, the forerunner of our church’s tithing plan. He published the first of several editions of History of the Sabbath in 1861. In 1864 he went to Washington, D.C., and secured Civil War non-combatant status for Adventists. He was elected as the third president of the General Conference in 1867. When the first camp meeting was held in Wright, Michigan, in 1868, he showed his personal side as he went around to the tents at the end of the day, asking: “Are you all comfortable for the night?”

He and Uriah Smith married sisters, Angeline and Harriet Stevens. John’s wife Angeline died of a stroke in 1872. Ellen White urged him to remarry, but when he went to Europe in 1874 as the first official Seventh-day Adventist missionary, he went as a widower with his teenage children, Charles and Mary. Mrs. White wrote to church leaders in Europe: “We sent you the ablest man in our ranks” (Manuscript Releases, vol. 5, p. 436). Although he received frequent corrections from Mrs. White, Andrews wrote often in support of her ministry and her visions. Always literary, he established the Adventist press in Basel, Switzerland. Andrews died in Europe of tuberculosis in 1883, at the age of 54. He is buried in Basel, Switzerland.

Thought for the Day:

God Himself measured off the first week as a sample for successive weeks to the close of time. - PP 111